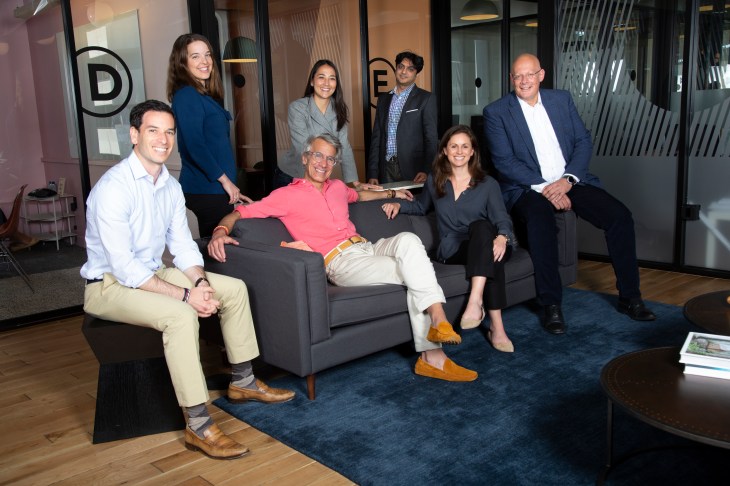 It’s never particularly easy to raise a round of venture capital — but I think most experienced founders will tell you it’s not quite as bad the second or third time around, when you’ve got some experience under your belt and a track record to present to VCs.

It helps if you’re male too, at least according to all the data out there on the gender funding gap in VC.

The leadership team at OODA Health, a startup developing technology to make the U.S. healthcare payment system more efficient, is both male and experienced. But unlike most companies of that nature, OODA decided to raise money for the business only from VC firms that have at least one female leader, a solution to one of tech’s greatest problems that is oft suggested and rarely executed.

Colella is the founder and former CEO of Castlight Health,  which raised nearly $200 million in VC funding before going public on the NYSE in 2014. Co-founder, COO and president Seth Cohen is Castlight’s former VP of sales and alliances and co-founder and CTO Usama Fayyad is the former global chief data officer at Barclays and Yahoo.

The trio ultimately landed on lead investors Annie Lamont of Oak HC/FT and Emily Melton of DFJ, both of which have joined the company’s board of directors.

“We have a responsibility of setting an example,” Colella said. “There is no machismo in what we’ve done. We are not better than you because we did it. We were blessed. We had more investors that wanted to invest than we could accommodate.”

Though the company’s C-suite is occupied by men, Cohen and Colella were quick to clarify that other members of their founding team, head of operations Julie Skaff, head of product Sophie Pinkard and director of product strategy Midori Uehara, are women.

The team began working on OODA Health last year after Colella and Cohen agreed to build something that would upend the healthcare industry. Healthcare, they realized, is at least 20 years behind advances in financial tech.

The pair said their real aha moment was when they learned even insurance companies are ready to be rid of the slow, futile billing and payment methods that accompany any and every doctor and hospital visit.

“The idea of submitting a claim and not knowing when you are going to get reimbursed or get a bill, that has been the same for decades,” Cohen told TechCrunch. “Imagine, today, if you took a Visa card and you went to a restaurant … and then a month later received a bill, that’s how healthcare works.”

If OODA has their way, paying for a doctor’s visit will be more like paying for a hotel. You’re told upfront what you owe and you work exclusively with the insurance company to make that payment. And in this idyllic future, you won’t receive an “explanation of benefits” notice in the mail as well as a bill and subsequently fall into a downward spiral of confusion, stress and frustration.

As far as lifting up women in VC, that’s purely been a side benefit of the overall operation.

“At the end of the day, we found two of the best investors to back us,” Cohen said.