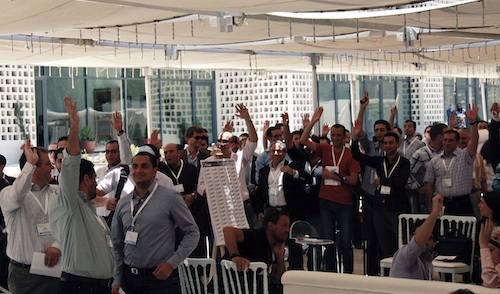 Who says a conference has to be an endurance test that makes you crave a coffee break? At Day 1 of CoE E-Commerce, as the Mentors Lunch and the Unconference kicked off, a relaxed atmosphere gave around 300 attendees the chance to network and connect while chatting about topics they chose.

At the Mentors Lunch, entrepreneurs gathered at tables for three separate 30 minute discussions, on Finance and Investment, Finding Talent and Building a Team, and Marketing. During each 30-minute block, mentors and entrepreneurs were randomly assigned to tables, reshuffling- and grabbing food- between sessions.

In the investment session, Burak Buyukdemir of Etohum advised founders, “If you believe your company, do not give more than 20%. There will be no more equity to give in the second or third round.” 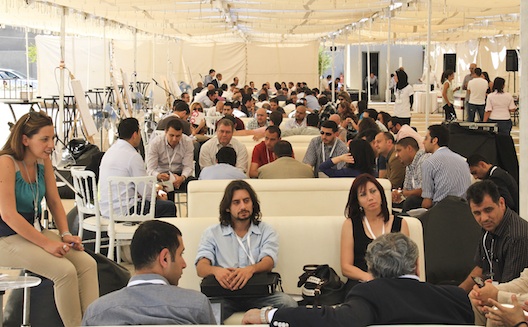 Laith Zraikat, previously of Jeeran, pointed out that entrepreneurs should raise money when they are doing well. “That’s when you raise the money, not when you really need the money,” he said, cautioning, “Don’t hire people because you’re hoping to close a deal and might scale. Deals take six months to a year to close.” 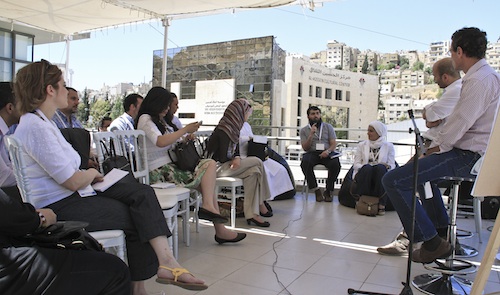 In the session on retaining talent, Usama Fayyad of Oasis500 pointed out that in Jordan, it’s especially critical for founders to work to retain their developers. “The tradition is to pay them standard local salaries, but then those developers often get hired by firms in the U.S. and Europe. Companies here end up in a middle ground where they refuse to pay enough to retain them, and end up in a self-imposed churn cycle. At Oasis500 companies, we try to invest more in their salaries and keeping the culture interesting to keep them on.”

In general, he pointed out, when you engage employees in shaping the company, and discussing the future of the company, they respond differently. 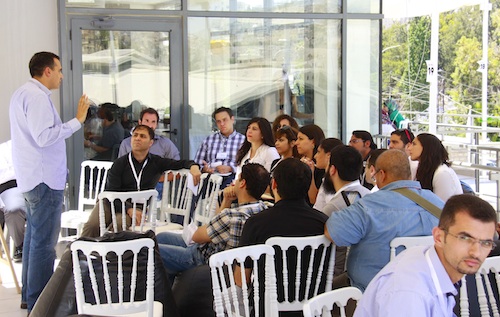 After lunch, attendees gathered to pitch ideas for discussions that they would lead in the Unconference, each then voting with stickers on panels that they would attend. The ensuringdiscussions were lively, especially one led by Rania and Zaina Kana’an of handicraft e-commerce site Ananasa, on entering the Saudi market. The discussion quickly became a chat about cash on delivery services. 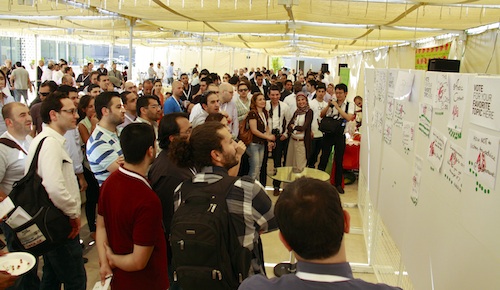 “COD is not e-commerce,” said Rania, explaining that in a market like Saudi, where typically 25% or more COD shipments are returned, it makes more sense for a company like Anansa to forgo COD and stick to credit card-based purchases, rather than eat the costs of international shipment and returns.

One member of the group insisted that they would need to offer COD as an option, since typically e-commerce companies that enter the Saudi market do about 70-80% of business in COD.

Another member of the group suggested that e-commerce companies band together to insist that customers pay a nominal fee for the privilege of COD shopping and assemble a list of customers who return too many packages, effectively blacklisting them.

“Rather than ban customers, I’d rather ban COD and urge them to pay online; then I’ll have a customer,” Rania insisted. 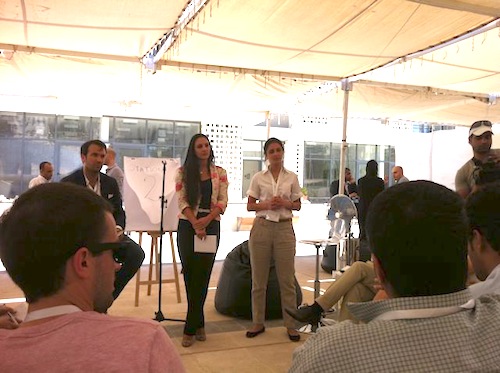 Dan Stuart of GoNabit (now LivingSocial) joined the conversation towards the end to discuss this e-commerce conundrum, illustrating that GoNabit’s solution initially was not to offer COD. “Did we leave money on the table [by not seeking COD customers]? Probably,” he admitted. “But our philosophy was that we will never know if you spend on your credit card if we give you the option of COD.”

Now LivingSocial offers COD, mostly because, Stuart said, “we send customers to other businesses, so we could be limiting their clientele by only taking credit card payments.” Yet COD payment is still only requested on a minority of deals in Egypt, perhaps up to 30% in Lebanon, he says, and they don’t offer it yet in Saudi Arabia.

Ultimately the discussion closed without a solution to the COD issue, but Ananasa’s logic makes sense to me for e-commerce startups that ship unique merchandise: why risk having 25-40% of items returned if you don’t stock locally?

The day closed with a relaxed feeling as attendees continued to chat after discussions ended.

Join us again today for the main conference at the Ras AlAin Gallery and Hangar! Or if you can’t, come to the Google Hangout sessions in Beirut, Cairo, and Dubai, follow #CoEecommerce on Twitter, and watch the livestream.