Artificial Intelligence has been present in literature at least since the ancient Greeks.  Depictions present a wide range of perspectives of AI ranging from malefic overlords to depressive androids.  Perhaps the most common recurring theme is the AI Assistant:  C3PO from Star Wars; the Jetson’s Rosie the Robot; the benign hyper-efficient Minds of Iain M. Banks’s Culture novels; the eerie HAL 9000 of Arthur C. Clarke’s 2001: A Space Odyssey.  Today, artificially intelligent assistants are actual products in the marketplace, based on startling recent progress in technologies like speaker-independent speech recognition.  These products are in their infancy, but are improving rapidly.  In this panel, we will address the product and technology landscape, and will ask a series of experts in the field plus the members of the audience to take a stance on what the future of artificially intelligent assistants will look like. 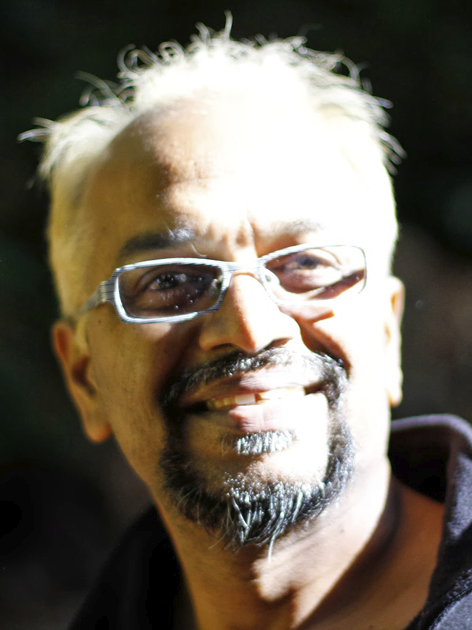 Muthu Muthukrishnan has previously worked at Microsoft, Google, AT&T and Bell Labs. His research interest is in design and analysis of algorithms with applications to streaming, online auctions, IP networking, scheduling, string analysis and so on. He heads the Massive Data Analysis Lab (MassDAL) at Rutgers Univ.

Bio: Andrew joined Google Research in 2009, where he serves as an engineering director, currently working on machine learning and understanding of geo data.  Prior to these projects, he worked on measurement, modelling, and analysis of content, communities, and users on the World Wide Web. Before joining Google, he spent four years at Yahoo! serving as chief scientist of search, and eight years at IBM’s Almaden Research Center, where he served as chief scientist on the WebFountain project. Andrew has authored over 100 technical papers and 90 issued patents.  He received Bachelors degrees in Mathematics and Computer Science from MIT, and a PhD in CS from Carnegie Mellon University.

VP of Engineering, Head of AI and ML, LinkedIn

Deepak Agarwal is currently leading AI and ML efforts across LinkedIn. He is most well known for his work on personalization and recommender systems and has published a book on the topic. He has also published extensively in top-tier computer science conferences and has coauthored several patents. He is a Fellow of the American Statistical Association and has served on the Executive Committee of Knowledge Discovery and Data Mining (KDD). Deepak regularly serves on program committees of various conferences in the field of AI and computer science. He is also an associate editor of two flagship statistics journals. 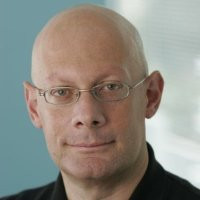 Usama is CEO of Open Insights in Silicon Valley which he reactivated after leaving his position as Chief Data Officer and Group Managing Director at Barclays in London (2013-2016). He is served as Interim CTO for Stella.AI a Mountain View, CA and is acting Chief Operations & Technology Officer for MTN’s new division: MTN2.0 aiming to extend Africa’s largest telco into new revenue streams beyond Voice & Data.

In 2010 Usama was appointed as founding Executive Chairman of OASIS-500 by King Abdullah II of Jordan to build a tech startup investment fund and accelerator in Jordan and MENA Region. He was also Chairman, Co-Founder and CTO of Blue Kangaroo, a mobile search engine service for offers based in Silicon Valley 2011-2013. In 2008, Usama founded Open Insights, a US-based data strategy, technology and consulting firm that helps enterprises deploy data-driven solutions that effectively and dramatically grow revenue and competitive advantage. Usama became the world’s first Chief Data Officer at Yahoo!‘s when he served as CDO & EVP (2004-2008) after Yahoo! acquired his second startup: DMX Group, a data mining and data strategy consulting and technology company specializing in Big Data Analytics and Data Science for Fortune 500 clients. In 2000 Usama left his leadership position at Microsoft to co-found and serve as Chairman and CEO digiMine (Audience Science). At Microsoft, he spent 5 years leading the data mining and exploration group at Microsoft Research and headed the data mining products group for Microsoft’s server division.

Usama held a leadership role at NASA’s Jet Propulsion Laboratory (1989-1996) where his work garnered him the Lew Allen Award for Excellence in Research from Caltech, as well as a U.S. Government medal from NASA.

Usama has published over 100 technical articles on data mining, Artificial Intelligence, machine learning, and databases. He holds over 30 patents, is a Fellow of the Association for Advancement of Artificial Intelligence and a Fellow of the ACM. He has edited two influential books on data mining and served as editor-in-chief on two key industry journals. Usama earned his Ph.D. in engineering in AI/Machine Learning from the University of Michigan, Ann Arbor. He holds two BSE’s in Engineering, MSE Computer Engineering and M.Sc. in Mathematics. He is active in the academic community with several adjunct professor posts and is the only person to receive both the ACM’s SIGKDD Innovation Award (2007) and Service Award (2003). He serves on several private/public boards.

Larry Heck is a Research Director at Google leading an advanced R&D effort behind the Google Assistant. From 2009-­2014, he was the Chief Scientist of the Microsoft Speech products team and later a Distinguished Engineer in Microsoft Research. In 2009, he co­-founded the initiative that led to Microsoft’s Cortana personal assistant. From 2005 to 2009, he was Vice President of Search & Advertising Sciences at Yahoo!, responsible for the creation, development, and deployment of the algorithms powering Yahoo! Search, Yahoo! Sponsored Search, Yahoo! Content Match, and Yahoo! display advertising. From 1998 to 2005, he was with Nuance Communications and served as Vice President of R&D, responsible for natural language processing, speech recognition, voice authentication, and text-to-speech synthesis technology. He began his career as a researcher at the Stanford Research Institute (1992-1998), initially in the field of acoustics and later in speech research with the Speech Technology and Research (STAR) Laboratory. Dr. Heck received the PhD in Electrical Engineering from the Georgia Institute of Technology in 1991. He is a Fellow of the IEEE and holds over 50 United States patents.

Univv of Illinois at Chicago. Bing Liu is a Distinguished Professor of Computer Science at the University of Illinois at Chicago (UIC). He received his PhD in Artificial Intelligence from the University of Edinburgh. Before joining UIC, he was a faculty member (associate professor) at School of Computing, National University of Singapore (NUS). His research interests are in sentiment analysis and opinion mining, lifelong machine learning, data mining, machine learning, and natural language processing (NLP). He has published extensively in top conferences in data mining, NLP and machine learning, two time winner of KDD test-of-time award and is the author of 4 books.  He is an ACM, IEEE and AAAI fellow. He served as the chair of ACM SIGKDD from 2013- 2017.
Online Resource